What is polymethyl methacrylate? 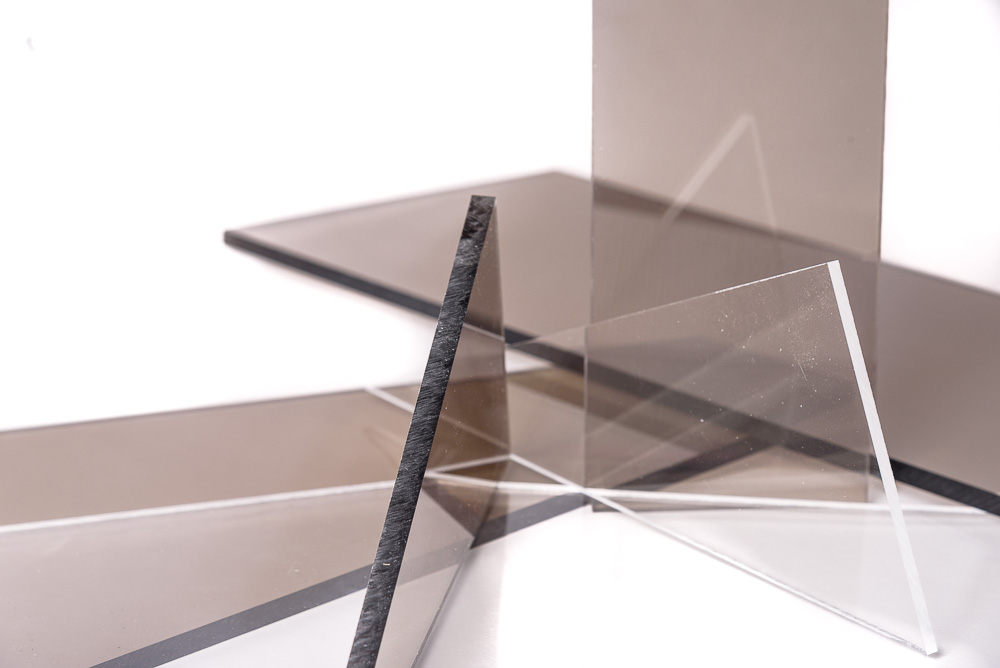 “What’s in a name? That which we call a rose by any other name would smell as sweet.” Shakespeare’s words also apply to polymethyl methacrylate, because whatever you call it, it remains the same plastic. Polymethyl methacrylate is known under various trade names such as Perspex, Plexiglas and Altuglas. The abbreviation PMMA is also widely used, but in the trade, it is usually referred to as acrylic. In this blog, you can find out more about this plastic.

Acrylate is a so-called thermoplastic plastic, which means that it becomes soft when heated. This allows acrylic to be moulded into the most diverse forms. Acrylate is widely used as a replacement for glass because it offers many advantages over glass. Firstly, acrylic is a lot lighter than glass, it is half as light. Secondly, acrylate is a lot more impact-resistant, no less than 30 times more impact-resistant than glass. If acrylic breaks, it does not shatter like glass, but a single break occurs. A third advantage of acrylic is that it transmits more light than glass, polymethyl methacrylate has a light transmittance of 90%. Certainly, with larger sheet thicknesses, this plastic visibly transmits more light than glass of the same thickness.

The production of polymethyl methacrylate began in the 1930s and it was first marketed in 1936 by the American company Rohm and Haas. The basic materials are sulphuric acid, hydrogen cyanide, methanol and acetone. These are not the safest substances, but the end product is completely harmless. Polymethyl methacrylate is flammable, but if it burns, it does not form any harmful substances at all. The residual products are carbon dioxide and water.

Polymethyl methacrylate also has some disadvantages: as we have already mentioned, the material deforms under the influence of high temperatures. It is therefore not heat-resistant and therefore cannot be used for safety applications, such as glazing in passenger transport vehicles. Due to its weight, strength and relatively low price, acrylic is often used for glazing large surfaces, such as wind and noise barriers. Thanks to its strength, acrylic is widely used in very large aquariums and basins in zoos. This requires a glass thickness of up to 30 centimetres, if ordinary glass was used for this, the transparency would be too low and, moreover, the glazing would be much too heavy.

Points to consider when buying

There are two types of polymethyl methacrylate available commercially: the cast (GS) and extruded (XT) acrylic sheet. The cast version is cast into a flat sheet after the production process. The extruded types are rolled into thinner thicknesses after pouring. When the thickness decreases, the sheet surface increases, making it easier to make a larger sheet. The disadvantage is that the stresses in the sheet material increase, so that during processing an extruded sheet will break and crack easily. The so-called ”budget acrylic” is also not always UV-resistant, important to know if the material is used as glazing.

Which materials do you want to glue together?